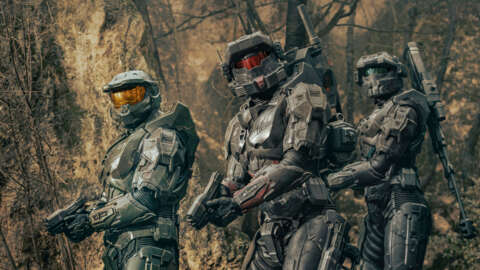 With so many subscription services out there, it can be tough to justify another one even if you know you want to watch something on it. Halo The Series premiered last week on Paramount+, and now you can catch the full first episode for free on YouTube before you decide whether or not to subscribe.

Halo The Series stars Pablo Schreiber as John-117, the soldier who wears the Master Chief armor and Natascha McElhone as Dr. Halsey. Jenn Taylor reprises her role from the Halo games as Cortana.

Set in the 26th century, the show follows Master Chief and the conflict between humanity and the alien force known as the Covenant. The series is set in its own continuity, following the same story as the games with its own twists and turns.

Critics have responded generally positively to the series so far, with Entertainment editor Chris Hayner’s review of the show saying that it “has created an interesting new way of exploring the Halo franchise” that “stands on its own, away from the games.” The series has been in development for a long time, initially intended to be a show for the Xbox One’s entertainment initiative. Since then the show has gone through multiple changes of network, showrunner, and director before finally making its way to Paramount+. If you like what you see above, you’ll be excited to hear that the series has already been renewed for Season 2 and that Paramount+has a free seven-day trial available right now, with episodes 1-3 already available and the remaining six premiering Thursdays on the Paramount+ streaming service.