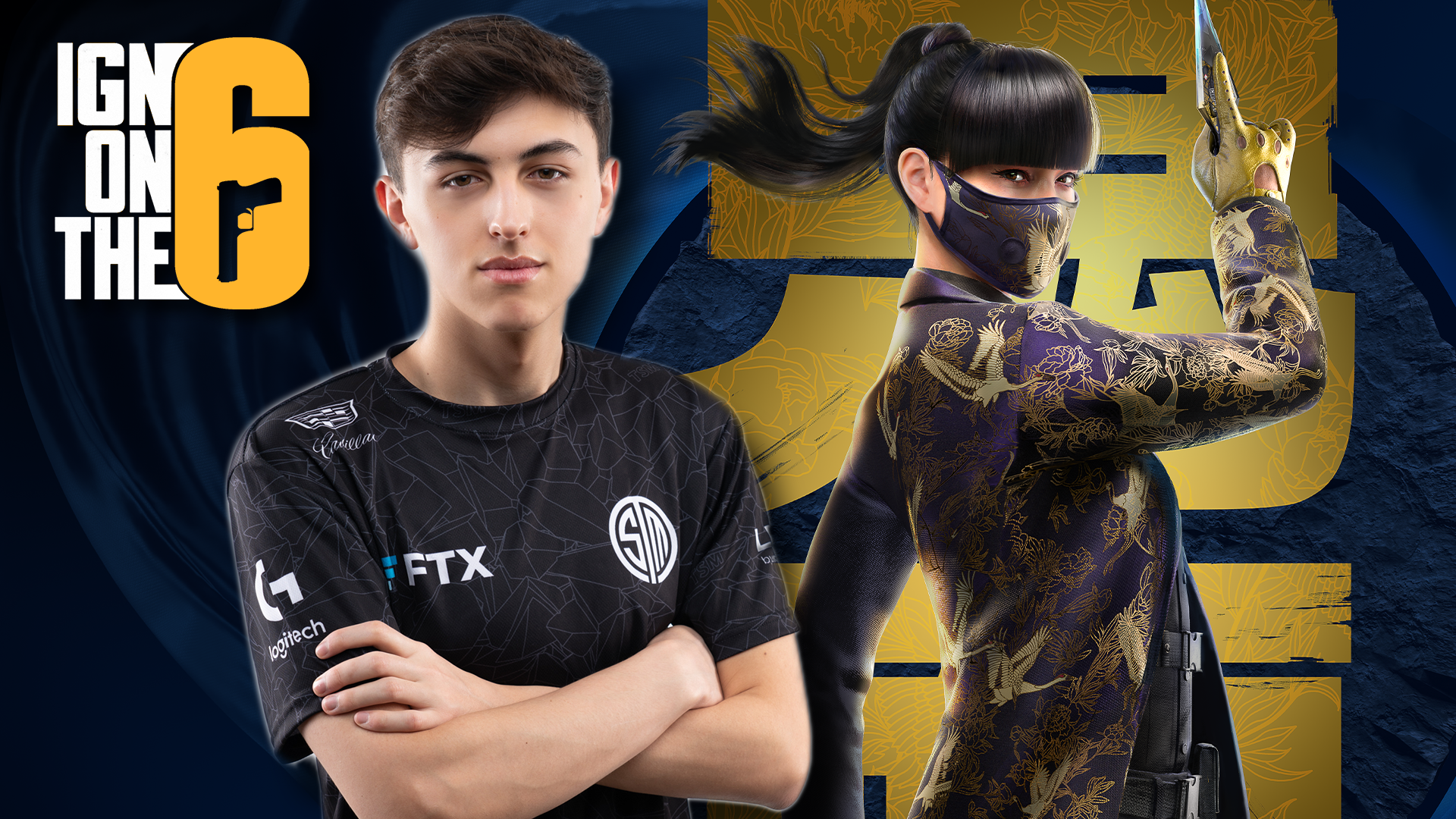 Year 7, Season 1 – Demon Veil has officially begun in Rainbow Six Siege and it has brought with it a new Operator in Azami, Team Deathmatch, Universal Sights, and so much more. Whether you are a newcomer, a seasoned vet, or plan on making a grand return to Rainbow Six Siege after some time away, these additions make it the perfect time to jump in.

To help welcome new players and refresh those who have played before, we’ve invited world champion Rainbow Six Siege player Beaulo to walk us through some of his favorite tips and tricks for players of all skill levels.

Rainbow Six Siege is first and foremost a game all about teamwork. You and your squad of five Operators must work together and coordinate if you want any hope of stopping the opposing team. Players will be put on either the Attackers team or Defenders team, and their objectives are simple – Attackers must plant a bomb or kill all the Defenders, and the Defenders must stop the bomb from being planted or kill all the Attackers. In execution, however, this is much more complicated.

With over 60 Operators to choose from and roles each of those Operators can fit into, choosing the right characters and role is one of the first and most important choices you will have before you. To help you make the right choice in picking the Operator and play style that is right for you, Beaulo is here to break down the vital roles for each team.

Entry Operators are the players that put their life on the line for their team and love the challenge of racking up kills. While other Attackers need to be more strategic and careful to support their other teammates, Entry Operators are meant to be the hammers that make a huge impact on the battle right away.

However, this doesn’t mean you should ignore your teammates. Communication is key as your other Attackers will be able to guide you to safe spots in a level and warn you of incoming threats.

Hard Breachers’ mission in any given match is to help open reinforced walls, help coordinate the best plan of attack with drones and other tools, and to plant the bomb. Hard Breachers can begin by watching Entry Operators’ drones to get an idea where the defense is, and it is recommended that another drone is used to keep scouting the area as “the Entry is not going to drone” for an extended period of time. Being a Hard Breacher is all about taking the initiative, calling out where Defenders are, telling their fellow teammates where to go, and so much more.

Once a plan is in place, the Hard Breacher can start pushing towards a bomb site with the knowledge they have gained up until then.

According to Beaulo, the Flank Watch role is the role that you won’t truly appreciate until you don’t have it. Flank Watch are the Anchor of the Attackers and, as the role suggests, they ensure the Attackers don’t get surprised from behind. It may not be the most glorious role, but it is essential as Defenders that can control a map and outflank Attackers with ease will make an Attacker victory nearly impossible.

The sole job of the Anchor is to hold down the Bomb Site and make sure it is “nice and cozy for the hopeful return of the Roamers” in the late round. Anchors need to do all they can to prevent the Attackers from planting a bomb, and the key to being a good Anchor is utilizing the unique abilities Operators have, especially those with Nitro Cells as those C4 explosives can kill Attackers if placed well and stop an assault in its tracks.

“Whether its Smoke, Maestro, Echo, or someone with [Nitro Cells], it’s going to be really valuable to stop the plant because if they do get to the site, which a lot of the times they will, you want to be that one guy to stop them from coming in,” Beaulo said. “Stop them from getting that bomb down with [Smoke Grenades], with [Nitro Cells], and you can very easily win with a well-placed Yokai drone. Be the last line of defense for your team.”

Beaulo says that Lurkers and Roamers are mostly interchangeable as they are Attackers’ main line of defense outside of the bomb site. These are your aggressive Defenders who are “trying to make plays” and are “trying to make the attackers as uncomfortable as possible.” These roles are very important because a good Attacker team will know where Defenders are, and Lurkers/Roamers need to make them question what they thought they knew.

Flanking is a huge factor in playing a successful Lurker or Roamer, especially when the odds are not in your favor. Roamers tend to have the faster Operators, and these are key in turning the tide of a battle, assuming they are ready for any surprises the Attackers may have in store for them.

While it may be fun and some players’ preference to “get tunnel vision and go into Terminator mode” and try to kill everyone on the opposing team by themself, teamwork is essential to success in Rainbow Six Siege. Operators are meant to work off one another and to compensate for any weaknesses they may have. As with any multiplayer game, proper communication can very well mean the difference between life and death.

With the availability of drones and other tools that can reveal vital information about an opposing team’s location and plan, those who work together and plan accordingly will be in a much better position to succeed.

Rainbow Six Siege has a lot of movement abilities and Beaulo took the time to remind players that the key to victory is using everything that’s available to them. This means players need to not forget to utilize prone, crouching, lean, and other movement skills they have to react appropriately to any situation.

However, don’t get too comfortable with your movements and, even if you find a particularly good angle to hold, don’t forget to switch up your gameplay and get aggressive. If not, the opposing team will start to guess where you’ll be and eliminate you before you even know what is happening.

“A lot of times, if you are in a very predictable spot, it’s not going to end well for you,” Beaulo said.

Another rule of thumb from Beaulo is to try and think about what your opposing team would be doing at any given moment. Rainbow Six Siege is like one big and beautiful game of chess, and those who are the most successful will be able to see moves well before they happen.

“It may be hard to think about it in the moment, but try to put yourself in the Attackers shoes,” Beaulo said. “Ok, if I’m in this situation, I don’t have any info, where is this Defender going to play? Oh, what if he’s head-glitching the bomb, hey, maybe that’s a good idea and you can just come around swinging by pre-firing him. Obviously, he might not be there, but it’s all about predictability and trying to beat him at his own game.”

Beaulo discussed that one of the most unique aspects of Rainbow Six Siege is its multiple levels of destructibility that each map has. This means that teams with Operators who can destroy a map in their favor or hold the high ground can provide a distinct advantage to their team.

Beaulo recommends trying out Sledge, who comes with a hammer that is perfect for breaching walls and creating new lines of sight. In the competitive scene, teams rarely enter battle without an Operator like Sledge or another soft breacher. Even if a traditional breacher Operator isn’t your favorite, any Operator with grenades can cause some controlled damage that can reshape a map to your liking.

Weapon and Gadget Recommendations for Beginners

If you are new to Rainbow Six Siege, there are certain weapons and gadgets that can help you make a quick impact for your team. Speaking of Sledge, his L8 is a great choice for beginners as it has little recoil and can cause great damage. Sledge is also a great beginner Operator because he is easy to understand, as his big hammer basically screams that it can be used for breaching walls.

Frost’s C1, Lesion’s T5, and the MP5 are also great options for players as they have low recoil and will help you learn the way different guns feel before you settle in on a favorite.

On the Gadget front, the so-called “Trap Operators” come equipped with tools that are essential to a team and are not too confusing. Operators like Melusi, Ella, Thorn, and Kapkan have gadgets that can stun and reveal the locations of Attackers. For example, Ella’s Grzmot Mines can be attached on any surface and will cause a dizzying effect on unsuspecting players while also revealing their location with sound. Thorn’s Razerbloom Shell also sticks to surfaces and will propel out sharp blades in all directions when an enemy comes near.

These gadgets are great for alerting your team to an oncoming attack by players and getting a headstart on damaging a player before you have a chance to finish them off.

Why Year 7, Season 1 Demon Veil Is the Best Time to Jump Into Rainbow Six Siege

Demon Veil is a great time for players to jump into Rainbow Six Siege as it brings some great quality of life additions to the game alongside a brand new casual Team Deathmatch mode that will let players learn the ropes of Rainbow Six Siege before jumping into the competitive world.

Team Deathmatch is actually what Beaulo is most excited for in this new season, especially for newer players. This mode has been requested forever and it will allow players to really get a feel for the different Operators, weapons, and maps. It’s low-stakes and it gets your right back into the action whereas a traditional match will have you waiting to respawn until a round is over.

If you are new to Rainbow Six Siege, Beaulo also recommends that you really take the time to learn the intricacies of the game. There is no way around it – Rainbow Six Siege can be overwhelming. However, there are so many tools and players out there that can help make it not as daunting.

For more on Rainbow Six Siege, be sure to check out our breakdown of Demon Veil, including the new Operator Azami, changes and additions like Attacker Repick and Match Replay for console players, improved face tech, and so much more.

Additionally, read on as to why and how Rainbow Six Siege’s seventh year promises new maps, cross play, and less toxicity.