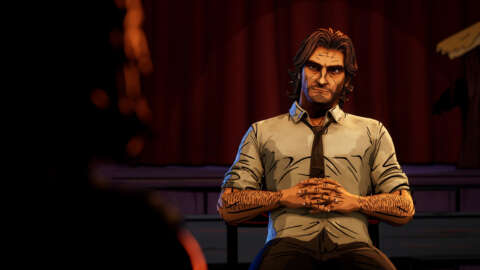 The Wolf Among Us is coming back, but the long-awaited sequel apparently won’t lean too heavily on the original 2013 episodic adventure. According to an interview with Telltale CEO Jamie Ottilie in Edge magazine, as picked up by IGN, newcomers to the series will be able to play the upcoming sequel without catching up on the original.

“We strive to design our narratives so they can stand on their own,” Ottilie said. “We think the opening of the first episode sets things up in such a way that the player understands how the characters got where they are now.”

Want us to remember this setting for all your devices?

Please use a html5 video capable browser to watch videos.

This video has an invalid file format.

Please enter your date of birth to view this video

By clicking ‘enter’, you agree to GameSpot’s

Now Playing: The Wolf Among Us 2 – Official Reveal Full Trailer

That isn’t to say that coming into the sequel without any knowledge of the first game will be the best way to experience The Wolf Among Us 2–in fact Ottilie has said that he hopes at least some new players will consider checking out the first season before jumping into the second– but just that newcomers will be able to “come in at this point and understand what’s going on.”

The Wolf Among Us series, based on the Fables comic series, has a tumultuous history, with a sequel originally being planned and then scrapped when Telltale Games shuttered in 2018. With the studio now under new management, The Wolf Among Us 2 is being developed from the ground up, rather than trying to revive the originally planned sequel. The new game is also scrapping the notoriously unwieldy Telltale Tool engine in favor of Unreal Engine.

The Wolf Among Us 2 is set six months after the events of the first season, with its narrative finding Bigby Wolf suspended from his position and sent to anger management, while helping deputy mayor Snow White keep Fabletown safe. Like the first game, TWAU 2 will also be released episodically through 2023, though Telltale Games is aiming to finish development on the full series before the first episode is released, to avoid delayed releases.