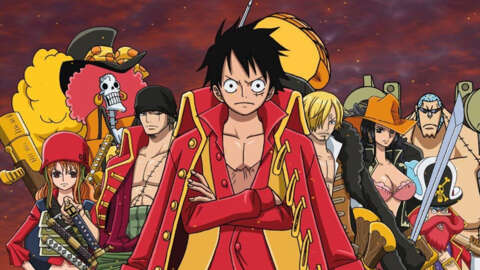 Nearly every day of the week, Netflix has something new to offer its subscribers. This upcoming week, there’s a One Piece movie, the new horror film Choose Or Die, and a new episode of The Ultimatum, Netflix’s latest reality show. Check out what’s on Netflix this week below.

On Wednesday, April 13, a new episode of The Ultimatum: Marry or Move On arrives. Following in the footsteps of Netflix’s other marathon-viewing worthy shows like Love is Blind and Too Hot To Handle, The Ultimatum is hosted by Nick and Vanessa Lachey and follows six different couples. With these couples, one person wants to get married, and the other does not. So, during the course of eight weeks, they must commit to marriage or move on–which could mean dating another contestant. Each person will then bunk up with a new potential partner from the other couples. As of this writing, eight episodes have aired, making April 13 the ninth episode. Season 1 of The Ultimatum will consist of 10 episodes.

On Friday, Netflix has a new horror film debuting called Choose Or Die. A young coder finds a text-based adventure game from the ’80s. It turns out to be a survival-horror game and the decisions she makes in the game have terrifying consequences in the real world. You can check out the trailer above to learn more.

As for anime fans–a genre that’s exceptionally popular on the streaming service–Netflix hasn’t forgotten about you. On Friday, One Piece Film Z will land on the streaming service. The film takes place during Season 15 of One Piece, and it follows the adventures of the Straw Hat Pirates as they take on their toughest opponent yet, Zephyr. Monkey D. Luffy continues his adventure to become the greatest pirate of all time and to find the legendary One Piece treasure.

Below, you’ll find everything arriving on Netflix for this week. You can also check out what’s coming to Netflix for April. In other Netflix news, Witcher Season 3 has begun production and the first original movie to receive an NC-17 rating is coming soon.