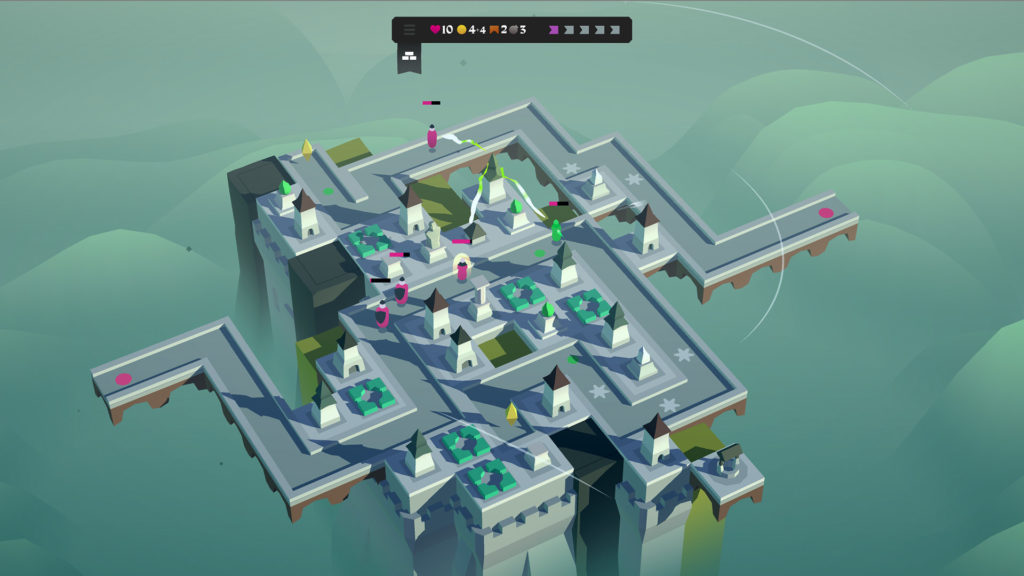 We wouldn’t normally write about the announcement of a new tower defense game. But Isle of Arrows is developed by Daniel Lutz, who worked as Creative Director on Hitman Go and Lara Craft Go. So yeah, obviously we’re going to write about that.

The game at first glance looks pretty standard, but dig a little deeper and you’ll find plenty of innovations. You’re building the path and the towers as you play, using the random cards you’re dealt between waves.

You’re not just adding to your defenses, you’re building the whole world, adding more land and more places to protect. It’s a really interesting idea, and you can check out what it means in practice in the trailer we’ve embedded below.

There are other cards as well, including flags, gardens and taverns. These will give you buffs and boosts. There are going to be three campaigns when the game comes out, each with its own set of tile cards.

On top of that you can expect a gauntlet mode and daily challenges to boot. Isle of Arrows might take the shape of a familiar experience, but much like the Go games, it plays around with it to create something unexpected.

The game is scheduled for launch in that nebulous time frame known as summer. We’ll let you know as and when we hear anything more about it, because it looks pretty darn good.