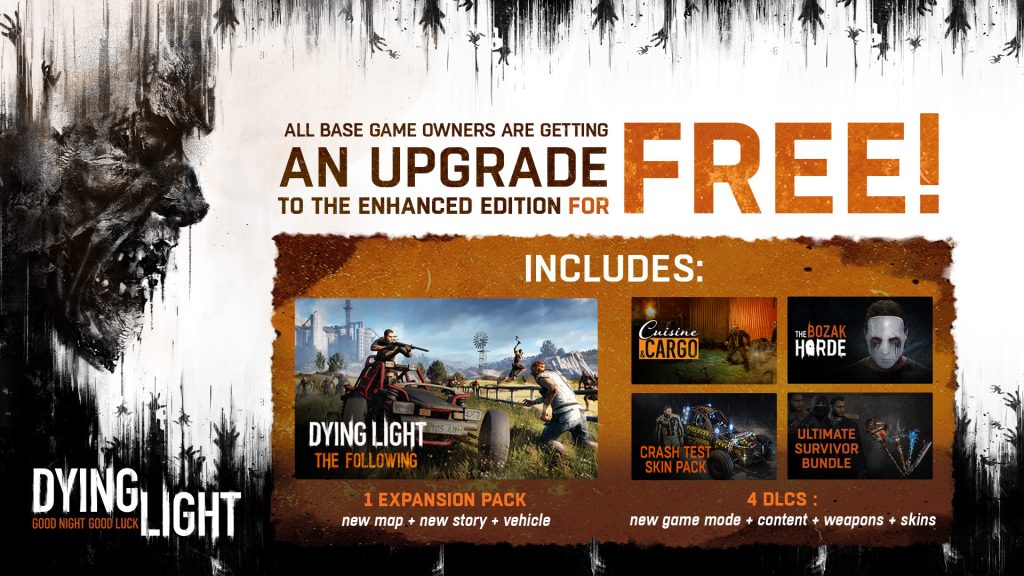 Techland’s support for the original Dying Light has been nothing short of spectacular, with the game continuing to receive patches and updates big and small on a consistent basis even years on from its launch. Now, however, the Polish developer is ready to shift its full attention to Dying Light 2 Stay Human– but before that, they’re signing things off for the original game with a bang.

Dying Light’s final patch has now gone live, adding a High Performance mode on Xbox Series S, bringing new content to Hellraid, and releasing the Dieselpunk DLC for the base game. Along with that final hurrah, however, Techland has also announced that anyone who owns the standard edition of Dying Light is automatically going to get upgraded to its Enhanced Edition for free.

To upgrade your copy of the game to the Enhanced Edition, all you need to do is boot up the game, choose the “DLC Packs” option from the main menu, and claim all the aforementioned content for no additional charge.

Dying Light is available on PS5, Xbox Series X/S, PS4, Xbox One, PC, and as a cloud-exclusive title on the Nintendo Switch.