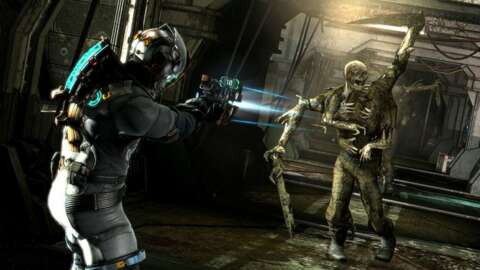 Last month, Motive Studios held a developer stream for its upcoming Dead Space remake, focusing on the audio design for the updated version of the game. Fans had some issues with the sound effects on some of Isaac Clarke’s most iconic weapons–specifically the plasma cutter and pulse rifle–and now Motive has taken note and made changes.

The newly tweaked sound design was shared on Dead Space’s social pages, showing a comparison between the original DS weapons, the ones showcased in March’s audio livestream, and the weapon sound effects as they stand now.

Posting to Reddit about the changes, Motive community manager Caden House shared some extra details about the tweaks that had been made. House also stressed that everything shown in the video is still a work-in-progress, and that the focus for this update is on the audio experience, rather than “visuals, animations, textures, or models.”

“The sense of power from weapons comes with the full experience, as it’s not only the core sounds you’ll hear, but also the impact on surfaces, and the effects on the environments,” House explained. “You’ll notice the Plasma Cutter frequency range has been rebalanced to focus more on the kick, as well as the lower end. Overall, this better aligns to that ‘feel’ that so many of you mentioned with the original. With the Pulse Rifle, you can hear now that the rhythm is a bit more chaotic and not as tight as the previous version. There’s a bit more volume from the environmental reaction, as well as more feedback from surface impacts.”

The remake is being developed in EA’s Frostbite engine, and is focusing on walking the fine line between improving and modernizing Dead Space for modern platforms, while also retaining the feeling of the original title.

It’s admirable for the development team to have taken on the fan feeback from the livestream, and implemented it into the game with such a short turnaround. While the game ended up having its release window pushed back into 2023, it looks like the team at Motive is taking the time to do this remake properly. Internal reports have suggested the goal is to deliver a remake that stands up to the level of Capcom’s lauded Resident Evil remakes.