Skip to content
Home News AMD’s FSR 2.0 Will Be Supported On Xbox And Nvidia GPUs 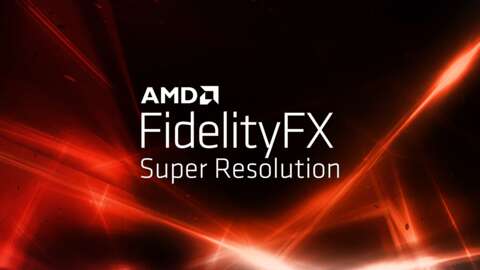 AMD has shown off the next generation of its FidelityFX Super Resolution upscaling technology this week at GDC, announcing that the 2.0 upgrade will be available on a broad range of hardware, including Xbox consoles and Nvidia GPUs.

AMD’s FSR launched last June, offering similar performance upgrades to Nvidia’s Deep Learning Super Sampling (DLSS) tech, but without the requirement for dedicated machine learning hardware. The next generation of FSR is due to arrive in Q2 2022, bringing with it further performance upgrades and new supported devices, including Xbox consoles.

As part of its GDC keynote, AMD released a list of hardware that would work with FSD 2.0, including both AMD and Nvidia graphics cards. While FSD has lower hardware requirements thanks to avoiding the need for machine learning, it will still give the greatest benefit to gamers running relatively powerful GPUs.

To upscale for a 4K monitor, for example, AMD recommends a Radeon RX 5700 card or higher, or a Nvidia GeForce RTX 2070 or higher. At 1080p resolution, the lowest recommended card is a Radeon RX 590, or GeForce GTX 1070. Like the initial version of FSR, the 2.0 update will support three different graphics modes–quality mode, Balanced mode, and performance mode.

AMD demoed the new technology at GDC using Deathloop, which is planned to be the first game to integrate FSD 2.0. While AMD hasn’t said if FSR 2.0 will be in the game as soon as the new version launches, it has also announced that Luminous Productions’ Forspoken will have FSR 2.0 available from its launch in October 2022.

For now, the details about FSD 2.0 on Xbox are few and far between, with AMD saying “we do not have a timeline today of when you can expect to see any Xbox games with FSR 2.0.” The company has said however that FSR will be “fully supported” on Xbox, and developers will be able to access it through the Xbox GDK.